The story according to Dave Rauseo.

I could talk about being pallet king strong and not quitting. I could say I sucked it up for Dad. But the truth is I was ready to throw in the towel.

First 9 miles were pretty easy. I also knew with my lack of training that 9 would probably be my limit.

After mile 9 I could feel the legs tire out. Still wasnt concerned, I’ve been there before and could suck it up.

At mile 11 both legs seized. I’ve had a calf cramp or a tight hammy before. This was nothing like that. Both calfs and hamstrings were locked up. Everystep freaking killed. It was over and i knew it.

Except earlier in the race I met a crazy lady. Its ok she calls herself crazy. Her name is Candace. Shes a military vet who had a severe spinal cord injury. Her doctors told her that her physical abilities would be limited. Um ya she doesn’t operate that way. She’s in the middle of running 50 half marathons in 50 states. She ran the Boston marathon in April. She’s unstoppable.

Well she absolutely wouldn’t let me quit. She sacrificed her race to stay with me. She repeatedly told me she wouldn’t leave me behind. She also wouldn’t hear the word quit. She told me I was finishing if she had to pick me up and carry me the last two miles.

I sucked up and finished. But what I’ll remember most is the selfless act of my new friend. Shes an inspirational figure and im blessed to have met her!

The story according to Kandi Kane.

There is nothing better than doing what you love. I love running state to state sharing my testimony and helping others. State 27 (repeat state) Half #47.

I flew to Boston to run a half marathon in under 3 hours because the cut off is 3 hours. I haven’t run that speed in a long time. I chose this race for a number of reasons, it is for a great cause, Sue was completing her 100th state, Chris was completing his 50th state and my friend Julie lives there. 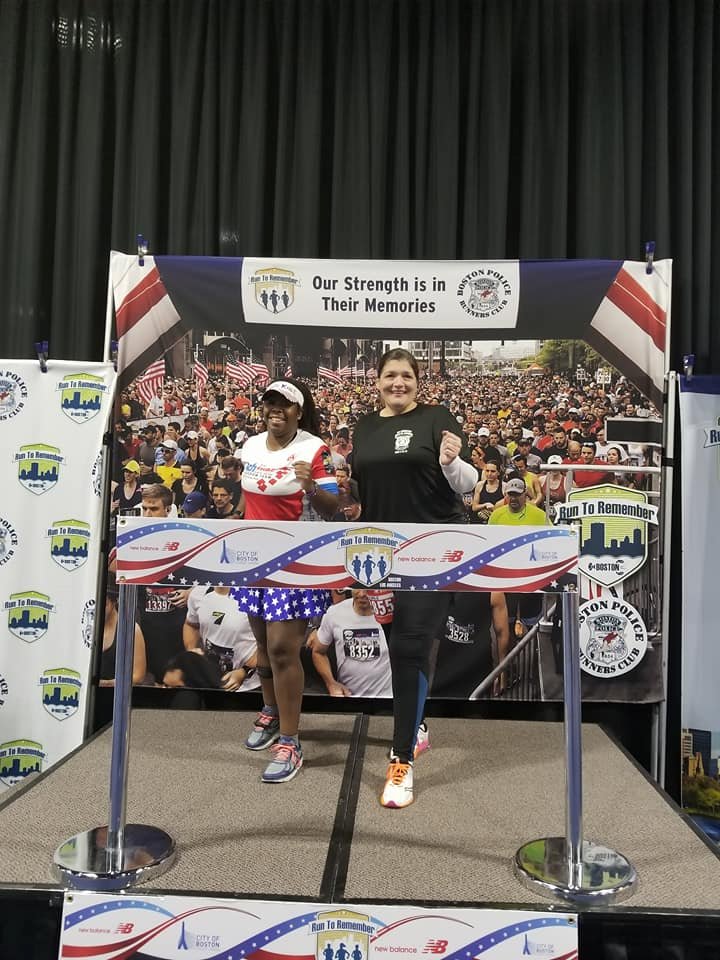 I get my pre-race Subway sandwich the night before and notice they have interesting bags. 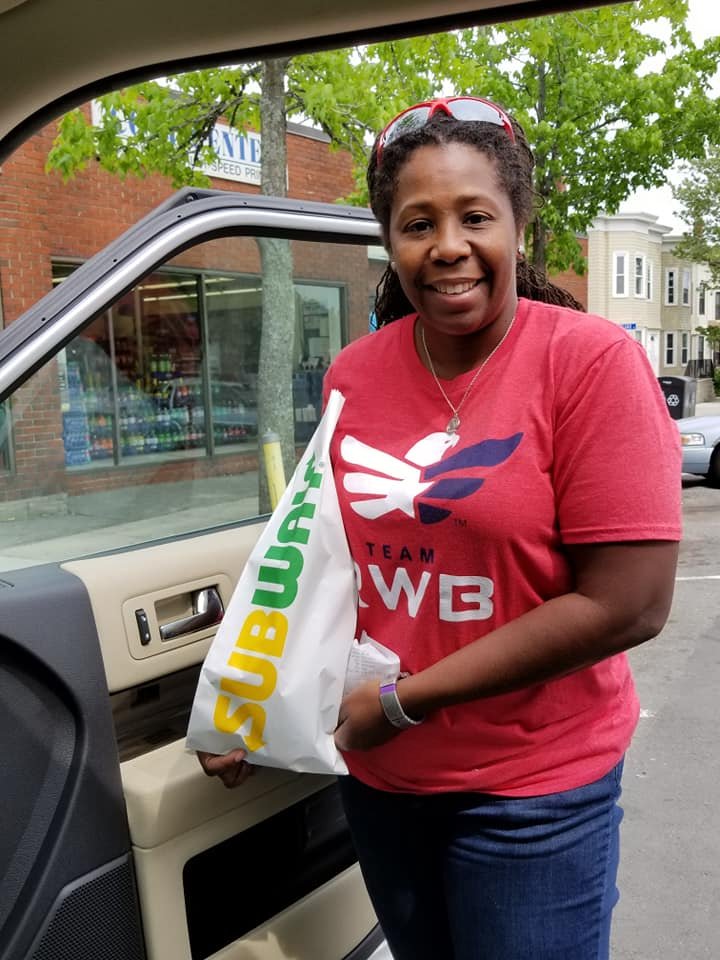 Nonetheless I am going to eat this fuel and do the impossible. I wake up early to conquer half marathon #47, I have run the Boston Marathon 3x, but this was going to be my 1st half marathon Massachusetts. 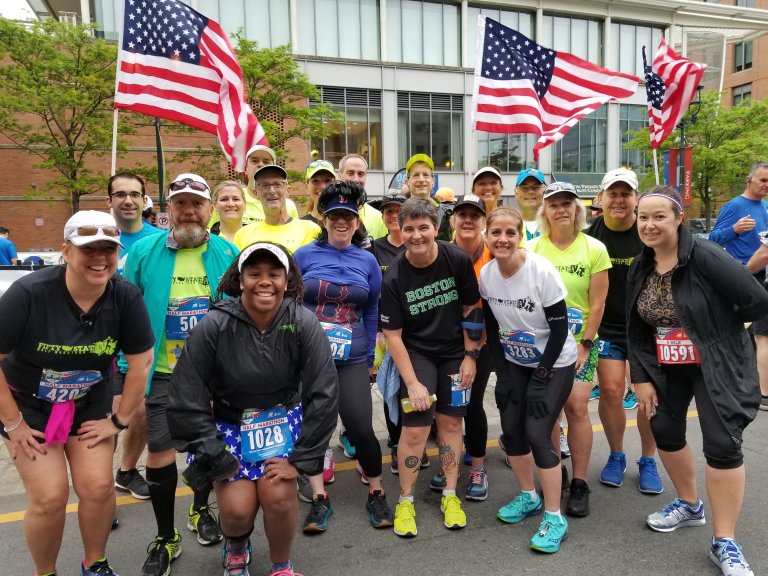 We meet up and take photos with my club and socialize a bit. I take a few selfies.

We line up and the race starts. We take off running. I’m thinking about the person I’m running for. 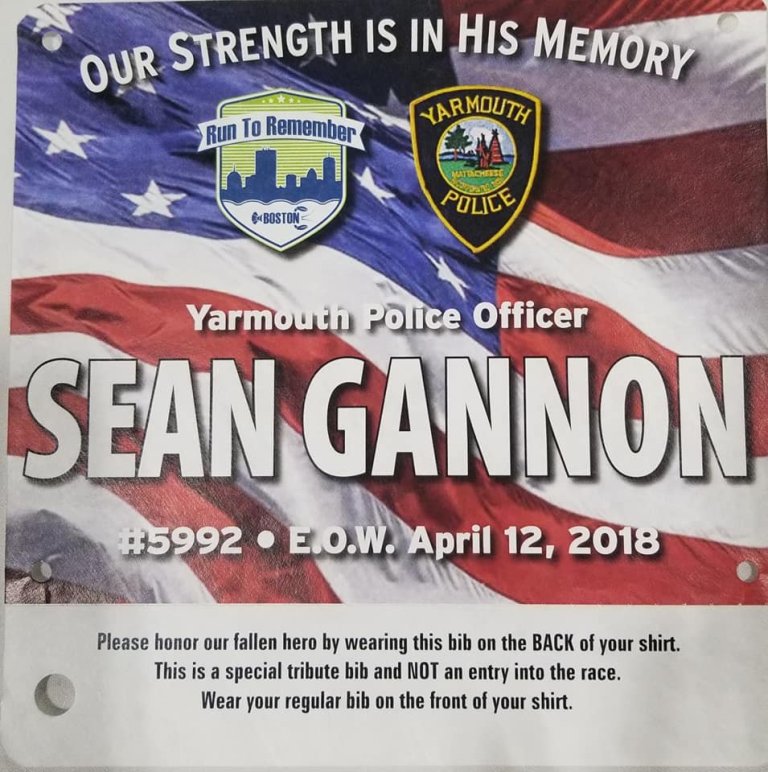 As I’m running, I snap a couple of photos, not too many because I have a pace to keep. 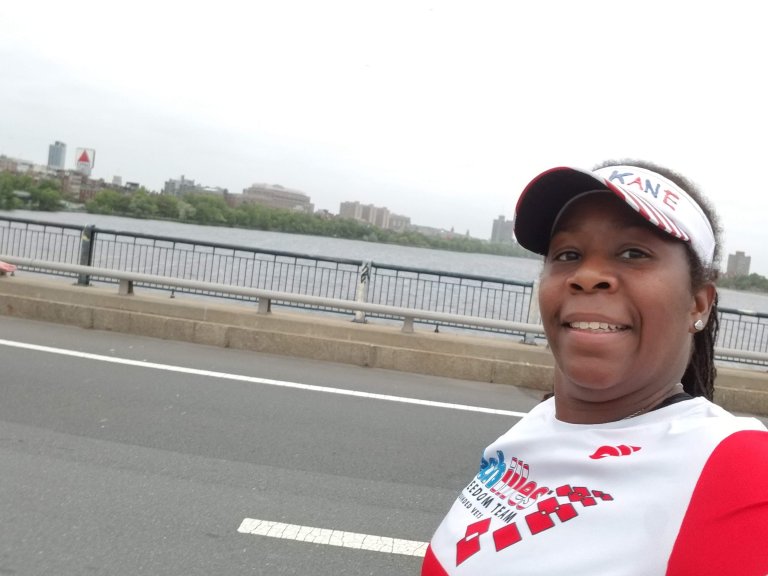 As I continue running I this guy in an orange shirt pass me about mile 5. A mile later I pass him. A few miles later I notice I’m passing this guy up again. Who is this guy and are we tag teaming for a reason? Then I hear this voice, nope not God. I say something encouraging as I pass him. This time is the last time I plan to see you dude. I am out! I take off in a faster pace.

He catches me and says we are running about the same pace. I said yeah we are. He asked if I mind running beside each other. I say nope and begin to think. This is the guy I am supposed to share my story with. I share, he is inspired. He gets some pep in his step. Then he slows down and told me about his pain and he is thinking of quitting. Nope not gonna happen, you are not quitting Dave. I am not leaving you behind. He said cut the Army shit. I said I’m retired and I am not leaving you out here. If you quit I quit. He said I won’t let you quit. Then I say to him let’s do Fartlek. It had been 9 miles and I had not stopped to walk I was so proud, but he needed to walk. I gladly pumped my brakes. It would have been a PR, but that wasn’t important. What was important was getting him across the finish line before the time limit. We ran from light pole to light pole. I could tell he was hurting, I sang cadence and I cracked jokes that he wouldn’t laugh at to take him mind off of the pain. I had him walk backwards up the hills and that was easier for him. He asked a rhetorical question how many hills does this course have? Not rhetorical to him I’m afraid. I did not have an answer. He said multiple time he couldn’t go on. I simply told him the truth. I was not finishing the race without him. He was hurting he hadn’t torn any muscles as far as I could tell. My xray vision could have been on the blink, but we will never know. I offered him a mint because sugar on a long run is a pick me up. I needed him to dig deep. You know when you past the part where you have the largest desire to quit it is shortly after that moment when you succeed. I needed him to just hold out for the success we were so close. Push pass the discomfort and your urge to quit and you will eventually see success.

I was afraid the finishline would be torn down by the time we arrived. I needed to get him there to at least get his medal. More people are passing us up and he could no longer run. I decided that I was going to carry him to the finish if he could not walk, so I told him that. He refused to let me carry him, which motivated him to move forward. In hind sight how was I going to carry him with all of my injuries? Thank God it never came to that. We walked the last 3 miles. I finished in 3:04:56. I’m not sure when he finished, but as we came in we started running, nope. I thought that was going to happen. We walked all the way he was in pain. I ran ahead of him just far enough to ignite the crowd. My friends cheered for him and we made it before the cut off! I took a quick selfie and walked by his side.

At the finish tears filled his eyes. I walked him to get his medal. His friend was waiting for him and took a picture of us. He hugged me and I became emotional. Tears filled my eyes, he was so happy he finished. He told me he couldn’t have done it without me. I got goosebumps and was grateful he allowed me to join him in his journey. He touched my life that day. He said if you are ever in New England I will be your wing man. I will run with you. I have to take him up on it, but the offer is still good. Our interaction was better than any medal, but I grabbed the bling anyway. I was so proud of him that day. I left the race feeling amazing because he allowed me to help him. A stranger empowered me, this the reason I travel state to state. This is my journey touching lives one state at a time.

I am a veteran that was medically retired after sustaining a brain and spinal cord injury. After my accident I was was told I would never walk again. I am currently on a quest to complete 100 half marathons in the 50 states and DC. This is my journey into wellness and recovering from my the trauma I have faced in my life. View all posts by Kandi Kane